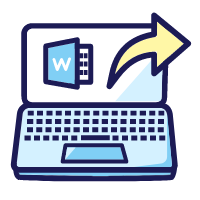 The old building is equipped with elevators, and the neighbourhood is very important

There have been 4 cases of successful installation of elevators in Beijing Street. All of them are unit dormitories.

With the accelerating pace of population aging, the demand for installing elevators in some old buildings in the old town is becoming more and more urgent. In recent years, the Guangzhou Municipal Government issued the "Trial Measures for Adding Elevators to Existing Residential Buildings in Guangzhou" to provide legal guidance for the installation of elevators in old buildings.

1 Before installing an elevator, it is necessary to first find the construction unit that will carry out the infrastructure work, and at the same time find a qualified supervision company to supervise the project.

2 The owner needs to go to the Sub-district Administrative Division to conduct an audit and record. The Urban Management Section will examine whether the project is qualified. Only after the construction permit is obtained can the construction be started.

Someone takes the lead in the neighbourhood

It is understood that in recent years, there have been four cases of successful elevator installations in Beijing Street, all of which are unit dormitories, including the Municipal Justice Bureau dormitory at No. 87 Lianhuajing, the provincial court house at No. 26 Cangbian Road, and Guangren Road. The No. 10 Provincial Education Department Dormitory and the Municipal Health Bureau Dormitory No. 35 on Cangbian Road.

The reporter learned from Beijing Street City Administration Division that in addition to the above four successful retrofitting cases, there were 12 applications for the installation of elevators in Beijing Street, most of which were private residences. There are also sixty-seven intentions for installing elevators, but they have not yet been reported to the Municipal Planning Bureau.

The relevant person in charge of Beijing Street Urban Management Division stated that the successful four cases were led by the unit and the residents could easily reach a consensus, so the operation was simpler. Of the 12 cases that have been filed, 5 have been reported for construction and have not been approved by the Municipal Planning Bureau. Seven of them have been approved but not yet constructed. “The main reason for this is that the installation cost and the low-level household compensation standard have not yet been determined.” The responsible person stated that some tenants of residential buildings are relatively large, and the owners are not willing to invest in building elevators. Therefore, it becomes difficult to install elevators. .

In addition, although some owners have reached an agreement to install elevators, it is necessary to show the additional elevator drawings when submitting the plan for approval. It also takes a sum of money. “Please ask people to draw a few thousand pieces. When the plan is still undecided, some people are unwilling to pick up the money.” The person in charge said that if you want to install an elevator and you can put it into practice, the support and cooperation between the neighbors will be crucial. important.

Persuaded all owners to agree to install

One of the success stories of Guangren Road No. 10, which belongs to the former community of the Finance Office, is not a smooth process. Residents through the establishment of a working group, after four years of hard work, successfully allow all users to agree to install an elevator, and complete the installation of elevators alone.

It is understood that this 9-storey building is the Provincial Department of Education staff quarters. In 2007, the Education Department brewed the people's livelihood project and provided free elevators for the old building. At that time, in order to cooperate with the Provincial Department of Education, the owners of the building selected seven representatives of the owners to set up a working group. However, in 2009, the owners were told that the owners must pay for the installation of the elevator. Subsequently, 22 of the 24 households on the 2nd to 9th floors agreed to install elevators at their own expense, but one household on the second and third floors did not agree. “Although the policy says that as long as two-thirds of the owners agree that they can install the elevators, when they actually apply to the Planning Bureau for approval, they need to sign the name of each owner and provide all the owner’s real estate certificates and identity cards. It can be retrofitted with the consent of all owners.” The owner stated.

On the question of installing elevators, one owner on the second floor thinks that he does not often live here and does not need an elevator; on the other hand, the owner on the third floor feels he is still young and can climb stairs. Afterwards, other owners began to persuade them for one year of meticulous persuasion. Finally in 2010, all owners agreed to install an elevator. After completing all the approval procedures, the elevator was finally successfully installed in August 2013.

In the more than 10 cases of retrofitting elevators, the building No. 375 in the west of Huifu Road can be considered as a special one.

Due to the large number of elderly and children in the building, as early as in 2008, some high-rise tenants proposed the idea of ​​installing elevators. Chen Bo, who lives on the 6th floor, told the reporter that at the time when he first proposed the installation of an elevator, he gave up due to opposition from a small number of owners. By 2010, with the unremitting efforts of high-rise tenants, the owners have unanimously adopted plans to install elevators. In April 2013, the owner of the 1st floor Guangzhou Municipal Public Works Maintenance Department also submitted written written consent. Chen Bo and other owners’ representatives also formed a 6-member team to collect and sort out related materials and raise funds for households. In August 2013, the building officially submitted the installation application materials to the Guangzhou Municipal Urban Planning Bureau, Yuexiu Branch.

However, by September 2013, the Guangzhou Municipal Planning Bureau responded in writing that “the design plan has a direct impact on the ventilation and lighting of the north building” and should apply again after obtaining the written consent of the directly affected business household. The affected property mentioned here is No. 375 of Huifu West Road. It is an office building managed by Guangzhou Municipal Industrial Co., Ltd. and managed by the Municipal Property Corporation.

Subsequently, on the premise of ensuring that the elevator design meets the fire code, the building owner shortened the elevator walkway by 80 centimeters and the width of the elevator passage to the minimum 1.2 meters. In 2013, the owner of the building delivered a modified plan to the Municipal Industrial Co., Ltd.

However, the feedback from the Guangzhou Municipal Government Group Co., Ltd., the superior management unit of Municipal Industrial Co., Ltd., to the owner remains that “the design plan for the expansion of the building in the building has a direct impact on the ventilation and lighting of our company. Due to the problems concerning the preservation of state-owned assets, our company The proposal is suspended." Until now, the installation of elevators has remained on hold.

Previous article:
无
The first elevator main component scrapped national standard will be implemented Old elevator scrap will be based on evidence
Next article: